I would like you all to meet one of my favorite people, S. D. Grimm. She's one of my critters (critique partner) so I'm particularly excited for her to be officially published! I'll let her introduce her newly released novella.
And now. Here she is ....
First of all, I want to thank Jenn for being gracious enough to let me post on her blog today. I am so excited about the release of my novella, BREATHLESS.

What if one touch could unlock a thousand memories?
Eighteen year old Claire Summers has a rare gift she must keep secret, she's a Breather—someone who can see other people's memories by touching an object they've touched.When she stumbles across a memory of her friend in danger, she'll do anything to help rescue him. The problem is, her secret will be revealed. If the wrong people find our about her ability, they'll hunt her because Breathers are powerful weapons. 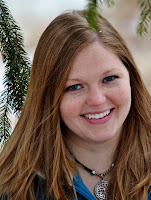 I started writing when I was … well I actually can’t remember not writing. It’s kinda my thing. I love fantasy—epic, urban, sword and sorcery, all of it—so that’s what I write.
The way I look at it, God blesses us with talents and makes us passionate about them so we’ll use our talents. You can learn more about me and what I’m writing on my website: www.sdgrimm.com
Breathless is an urban fantasy. For those of you unfamiliar with whatever that is, it’s fantasy set in a city, sometimes it’s in the future, sometimes present.
The story takes place in a few cities—Podunk towns actually. Yup, there’s a road trip involved, and it’s in this awesome, awesome ride. 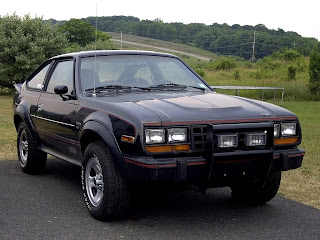 Photo Credit: John Rosa
Yeah, I know.
And for your reading pleasure, here’s an excerpt:
My shoes crushed the thick grass. Thunder rumbled in the distance. Damp, summer air swirled around me unable to cut through the heavy fog. Headstones, cracked and crooked, spread across the grassy hill. I’d been here before. My dreams often brought me to this cemetery. The full moon lit my way down a familiar path. Even though I was dreaming, I was chilly in my tank top and shorts.
I headed toward the tallest headstone on the hill’s crest. No flowers or American flags decorated this soul’s final resting place. I reached out, like I had the other times I’d dreamed this, and I knew what to expect. Before I could touch the stone, my subconscious would pull me back and I’d wake on my bouncing bed feeling like I’d fallen from somewhere high.
The rough stone was cool beneath my fingers.
Three translucent figures walked away from me, passing through the untouched fog. Two men, one held a young boy’s hand, the other followed them. The boy looked so familiar. They walked through the headstones littering the hillside as if they were insubstantial, and then flickered out.
My hand jerked back. A chill skittered across my chest and spread over my whole body leaving me with goose bumps. Heart racing, I willed myself to wake.
I didn’t.
My chest tightened. Was I dreaming or not?  Thunder rolled closer. I backed away from the creepy headstone and stepped on something slippery. Arms flailing, I lost my balance. I landed in the moist grass. Pain shot up my elbow as it connected with rock.
“Back here. Quick.” The whisper turned my blood to ice.
“I’m dreaming,” I said aloud since this was too freaky to be real.
“Dream? No, sweetheart, you’re in a trance. Snap out of it or whatever it is you Breathers do.” The stranger’s voice rasped.
I froze, watching him inch closer. Breather? What was he talking about? My head cleared like a fan turned on and blew the fog from my brain, and I realized my situation. I so wasn’t dreaming. This was real. This was real?
I faced the stranger hiding behind a headstone and caught a glimpse of his rifle. Oh holy night.

It's Jenn again. Like what you read? Buy it for $.99 here. After you've devoured it, give it a great review. Then be on the lookout for her incredible series: Children of the Blood Moon.
His servant,
~Jenn
Posted by J F Rogers at 6:35 AM 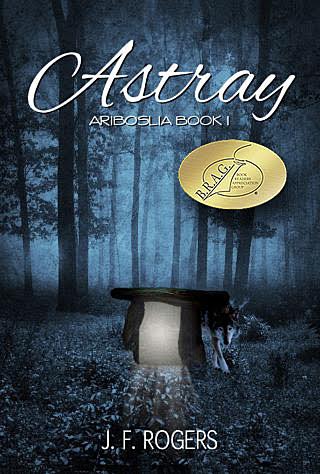